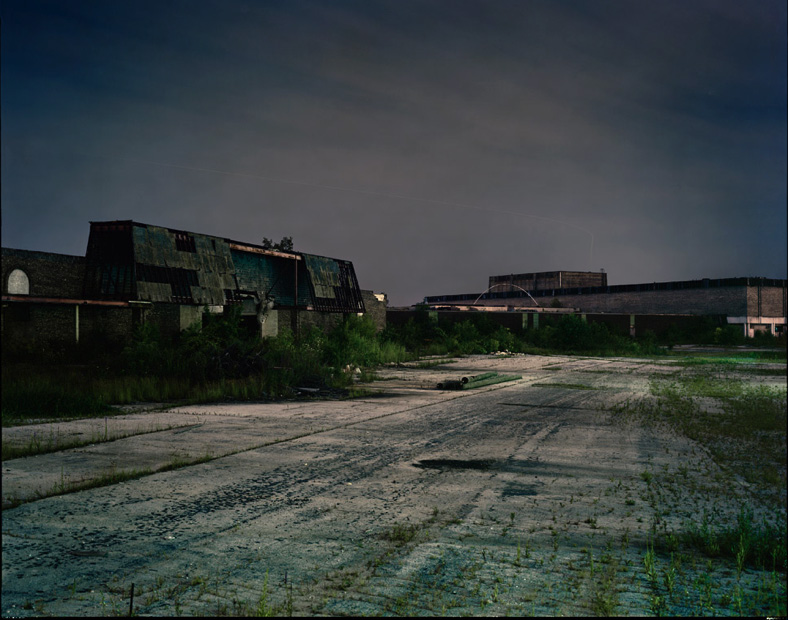 “That’s sweet of you to say, Suli. What are you getting at?”

Suli had a sing-song way of saying things that got right on Braga’s nerves sometimes. The malicious adolescent smile. The playful eyes. The laughing. But Suli was a violent, trigger-happy asshole. It used to bug Braga out, but that was only because he was used to the stone cold gangbangers from outside the domes where he was from. Suli was a privileged piece of shit from Inside. A piece of shit that was good at his job, though, and for that Braga was usually grateful. Maybe a person like Suli is a normal guy where he’s from, Braga would fret. Maybe even a popular guy. Suli was full of good looks and charm, and you don’t get to be that way being a loner.

“Does it bother you?”

“No, not really,” Braga shrugged, making a point to keep his attention on the situation ahead.

Braga shot Suli a look, not in the mood to play. “What about me?”

“Yeah. You’re a fuckin’ weirdo, Braga. You never talk unless someone’s talking to you, but you’ll talk to yourself if you’re alone. Probably just like house plants do in the nuked areas.”

“That so.” Braga glanced down at the crunch underneath his foot for distraction, ignoring the idiotic notion that there are still homes to even house plants in the nuked areas.

“But you’re cute in you’re own way, you know?,” Suli continued. “That’s what I like about you. Emotive. Determined eyes, strong hands, quick mind. And just a little scary. You always wear your pants kinda tight, too. I’d put it to you.”

“Yeah, I’ll come on,” Suli smirked. The bulkier of the two scowled. More childish innuendo from the asshole.

“There’s a time and place for that and this isn’t it.”

“What the fuck are you talking about, Brah, we’re in the Nalji fucking ghost town. Shit is here! If I threw you over that railing right now and tore into your ass who would see it? The vampire bitches sleeping down Main street right now?”

“Oh fuck off, that piece of shit doesn’t care. What a tightass. Now I see why you’re always itching to be close to the captain.”

“You’re a masochist. And she doesn’t care what your paranoid ass worries about, you’re thinkin’, so you’re just waiting for her to get tired of Rahl so she’ll take a bite outta you instead.”

“Hey, have some respect for the captain.”

“I got loads of it, Brah. That doesn’t mean what I say’s not true.”

“But it’s not. You’re talking about yourself, anyway.”

Braga stopped walking and turned to Suli with a curled lip and raised brow. “You haven’t?”

“I thought when you—”

“Nope. We had to stay up keeping watch all night.” Suli paused for a wistful sigh. “She just ain’t into me anyway. I think I’m too fresh for her. And I dunno. . . I kinda like my women to have tits.”

“They’re barely there,” he went on, pausing to make a face. “I mean, they’re cute and all—”

“But you’d just prefer something bigger, is that right? Well what about a ‘big’ motherfucker like me?”

“That shit’s different with men, you know that.”

“What? For a front line cyborg, you sure are a conservative asshole.”

Braga stopped walking again, not for any good reason or dramatics. Just that he didn’t care for ghost towns like Nalji, real empty ones. There were no signs of significant activity, according to satellite relay feeds, but he always had to check with his own equipment. Enhanced pupils flickered, dilated, and when it felt right, he unshouldered his pack and set it on the dusty ground. Suli followed suit, and then it was just the two cyborg surveyors standing alone under a dry sun.

They had a bit of time to spare.

“I’m saying,” Braga picked up, “the way you go about things, it’s disrespectful. Cutting loose and fuckin’ whoever you feel like works when you’re honest with people. And you aren’t honest.”

“What is that supposed to mean?”

“We’re not androids or clones or those goddamn talking chimeras, Suli. We’re human. We still get crazy over our emotions even if we’re aware that the computer up top is telling what chemicals to regulate them. That goofy dumbass Rahl acts like he’s got his shit under lock, right?”

“But we can all tell he can’t get used to the fuckfriend way Kay treats him.”

Braga gave an aggravated look to the sky.

“See, this is what I’m talking about with you.”

“Listen. What I’m trying to get across to you is that maybe if Rahl expressed himself to the Captain about his desires and expectations, he’d have a better time. I’m saying. It’s an example of how we have to act out here. With boundaries, with communication. I like people, Suli. I like your company and everyone else’s, and I even thought about lying down with one or two of you. But we got hired to handle some serious shit out here, and I’d like avoid the interpersonal strife with people that don’t know how to communicate about their shit.”

“Well of course,” Suli threw in.

“You say that but I still don’t think you’re really thinking about it. Anyway, you’re my partner on this run, Sul, I don’t want to worry about dumb stuff.”

“Listen. My point is that I’m not a conservative asshole.”

Suli threw back a laugh. “You missed me getting to that one, Brah. Listen to yourself.”

“Hey, also, like I said before, can you stop calling me ‘Brah’?”

Braga narrowed his eyes at Suli’s tone. “Anyway, I’m just saying, even if we think we have all our thoughts and emotions regulated proper, we’re still gonna be tripped up by them. And that’s where communication and boundaries come in. Yeah, we could fuck or whatever it is you think you’d like, but since you don’t know what you like, I’m not trying to mess with you.”

“Are you fucking serious, pard? You’re serious. All your relationships must end terribly with that mindset. Talk too much. Who thinks like you anymore? Cyborgs like us are supposed to be bad motherfuckers. Even the full human I was throwing it in before we dispatched knew that score. She liked me a lot and all, but wasn’t crying when I left. It’s about laying your shit out on the table, Braga. No wonder you’re such an uptight, quiet fuck, you’re operating from the old era!”

“Whatever. I’m sure you did a great job telling her how it was gonna be. Did you ever ask her what she wanted?”

“What an asshole,” Suli laughed, ignoring the question. “Be true to yourself and true with the else, didn’t you ever hear that before? I can’t believe this shit never came up before, Brah—you need to realize people are past that inner turmoil shit.”

“You’re not listening to me.”

“Who cares,” he muttered, looking away. Braga was ready to be over with the conversation.

Braga shouldered his pack and went through the usual check sequence, making sure everything was operating properly and was exactly where it should be. Suli watched, affecting a curious child’s posture, vying for Braga’s attention unsuccessfully. He just couldn’t leave things alone sometimes.

Finally: “You know, I like it when you say what you’re thinking.”

“That’s cute. You and I will never fuck.”

“Why not? Oh right, you don’t want to get caught up in my ‘shit.’ Maybe I’m 2-hot-4-U,” Suli laughed, gesturing along for emphasis. “Or maybe. . . you’re in love with me already and having me in your big burly arms would be too much.”

He was doing it again. That pursed smile, that obnoxiously sweet tone of voice. . .

“Course not, you fuckin’ bucket of bolts.”

“Well I’ll still love you the same, whenever you get curious.”

“And you know, I love you as a partner too, Brah.”

Braga sunk into himself as they continued on, zoning out on Suli’s new stream of self-centered babble. He entertained the idea of overtaking the skinny asshole, more as a show of power than desire. Cause after all, Suli was, very unfortunately, hot shit. But Suli’s whole game was about power, and Braga just couldn’t get down with that kind of thing.