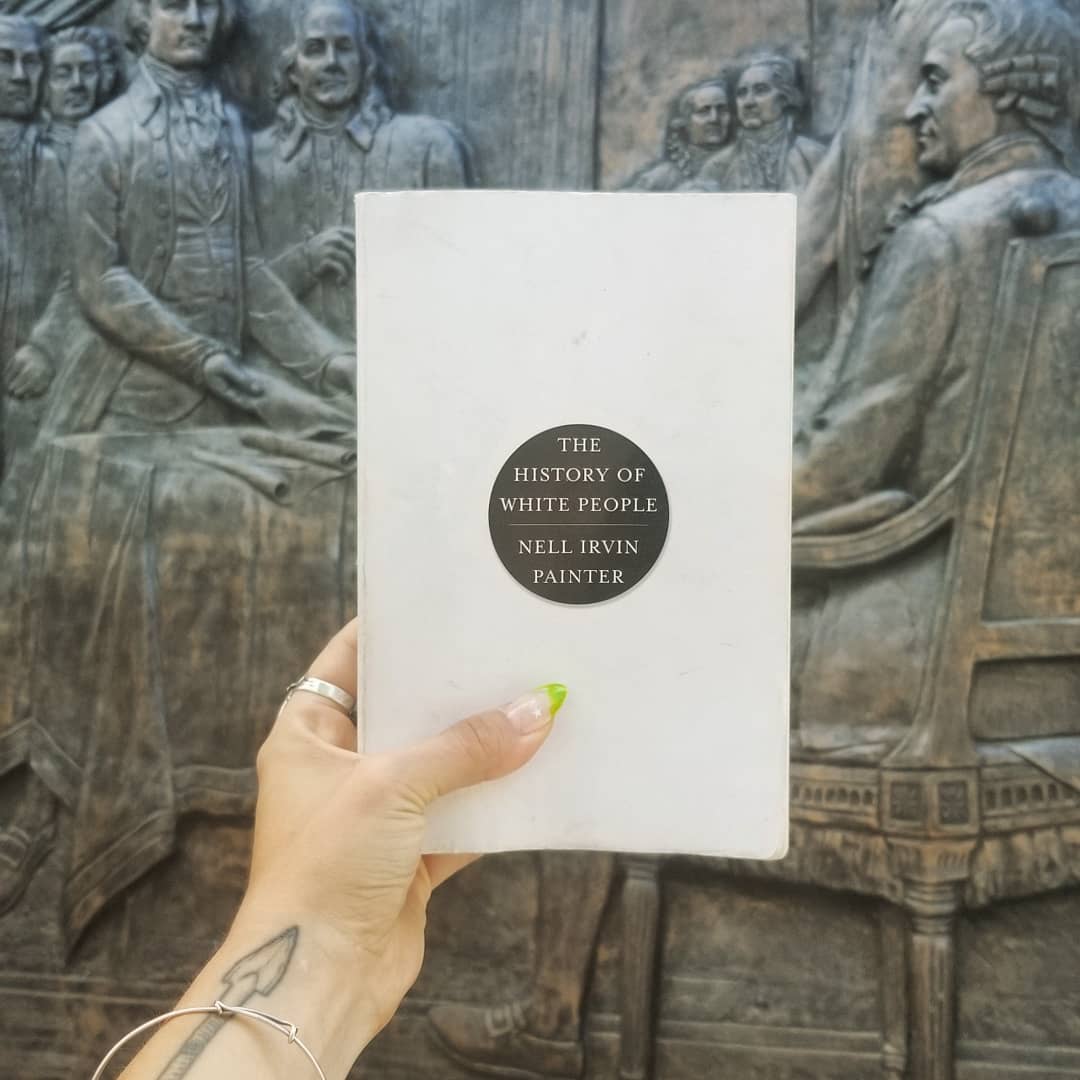 The History of White People is written by Black historian and author, Nell Irvin Painter. I haven’t read a ton of history books for fun, but this one was a ~very~ smooth read. Physically, it’s one of these floppy pulp paperback books with pleasing wop-wobble heft. There’s a chapter titled \White Slavery as Beauty Ideal\, dissecting Western Europe’s 18th century sexual-beauty fetish for light skinned Georgian, Ossentian, Circassian women discussed mostly in writing and never seen in person. There are chapters titled \The White Beauty Ideal As Science\ and \Johann Friedrich Blumenbach Names White Peple “Caucasian”. A chapter really reaaally lays out how Ralph Waldo Emerson is a preeminent contributor to racist-American thought. Another lays out how the myths of Anglo/Saxon/Norse/Viking identities have been created, spread (and by whom), and used as facist-racist propaganda by major players in history to legitimize American’ness and racial/white superiority.

It’s easy to read. Conversational. Fun. Only a handful of chapters later on get a little dense with names and dates, but if you’re willing to keep track of the centuries as you read and maybe already have done some investigation into origins of European & American identity (or at least regional history of these places), you will come out of this book like DAMN. History is wild yo. It truly is. I had a old codger of a history teacher in 8th grade (we only learned about the civil war all year), who said history is written by the winner. And as an 8th grader you can say, yeah no shit old man. But as you begin to experience the passage of time in stranger and more heartbreaking ways, you realize it’s really that way for real.

Like Ralph Waldo Emerson was basically writing homoerotic fan-fiction about tall strapping Anglo Saxon men, and he was doing well-paid lecture tours at all the ivy league schools for it! Legitimacy in this book is shown to be the product of upper class men who either had education or big business, both of which control/led mass media popular thought.

The History of White People starts with the Greeks (as most of [white] history likes to) and goes to our contemporary times. Recommended.