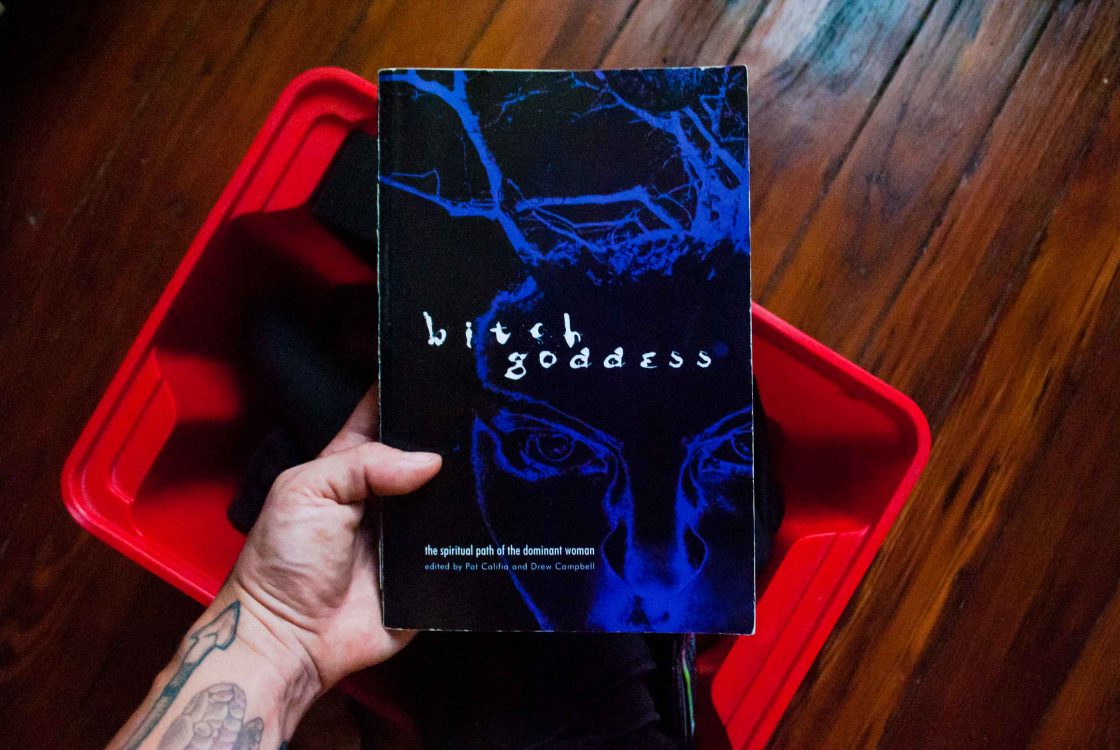 The spiritual path of the dominant woman

This review was first posted on goodreads in 2016:

Now, I’m going to be very harsh. In 2016, this book served to remind me to always question the origins of a given narrative.

I came up a tomboy in a mixed race working class household. I went to a Catholic school whose library stocked books on the Loch Ness Monster and UFOs, quickly leading me to check out books on Wicca and pagan magick from my local library. I was an underage freak that stayed up late to watch HBO’s Real Sex series on underground sex scenes and, a few years later, would troll South Street’s Tower Books fetish magazine section. I have read so much kinky fanfiction, I wish I could see what the collected volumes of it all would amass to. Reading BITCH GODDESS made me realize that I was a child swimming in the wake of the cultural producers of this book. Reading BITCH GODDESS made me feel frustrated. Reading BITCH GODDESS made me wonder where all the Black and brown voices are to be found who also maintain space for the persecuted feminine. It made me question who and what got left out, not just from this book, but from this entire erotically charged sexually liberated culture I used to so quietly look to from my youth. It felt so white.

Part of me says wow the 90s and another part of me is unforgiving to what I see as unchecked-although-reverent white appropriation and erasure. It’s just a feeling and no hard ones to anyone who loves this book, but damn. There are no references to goddess figures of the Americas. It feels so binary and so rooted in female-assigned-at-birth feminine essentialist desire, which hey, again it was the 90s I guess… but damn. It feels strangely middle class. So many of the contributing authors are from the northern California/pacific northwest region. It talks with a universal tone and yet is so specific to all those things. So I just find this book such a time capsule of an era – an era when AOL screenames that started with Ldy, and Wicca seemed like halfway a legitimate recognized religion, and new age white consumption of other culture’s pantheons was totally unchecked. This is what reading BITCH GODDESS reminded me of.

This book intrigued and frustrated me. I recommend reading for the sake of understanding a historical continuum of desire in identity politics, and other such situated topics.

Now, in 2020 I look through the book again and find all the sections I underlined and notated. For me, this book was one where what I did find valuable was overshadowed by the passages I found frustrating.

Have you read this book? Leave a comment and let’s discuss.

(Something, by the way, I like about buying used books online is that sometimes they come with ephemera tucked in the pages from its previous owner. My copy of BITCH GODDESS came from a 1998 printed out email containing a short moral tale about dealing with anger.)