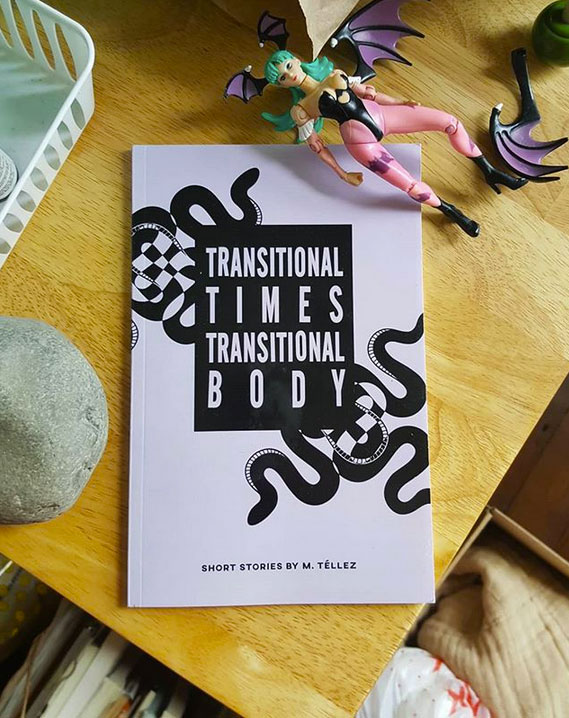 This (25-count zine-now) book follows a few personal (or I suppose artistic) decisions I made after working with outside publishers, wherein I told myself not to forget that writing for myself and my network is what’s most rewarding, both spiritually and financially.

It contains four stories, two that were published in 2017, and two that debut in this zine.

For those who have followed my All That’s Left work over the years, I’m pleased to include a 14,600 word story, welcoming you into the lusher landscape where Kay, Rahl, Suli, and Braga dwell, which has always been in my head but never managed to make it into those initial stories. Consider this an opening chapter with more on the way.

For those who are new to All That’s Left, I released a series of zines under the same name starting in 2012, featuring a cast of struggling cyborg surveyors in a divested and similarly struggling environment. I described the series then as post-binary and non-linear, and while that still holds true, I currently describe it as “a living story, about dispossessed cyborgs and their many borders.”

Here on this website you can still read the old prototype stories, and the new serial ones as they come out. As of this posting, only the first third of Real Work You Deserve is online, which will soon be rectified to include the entire 14,600 word tale that appears in the print zine