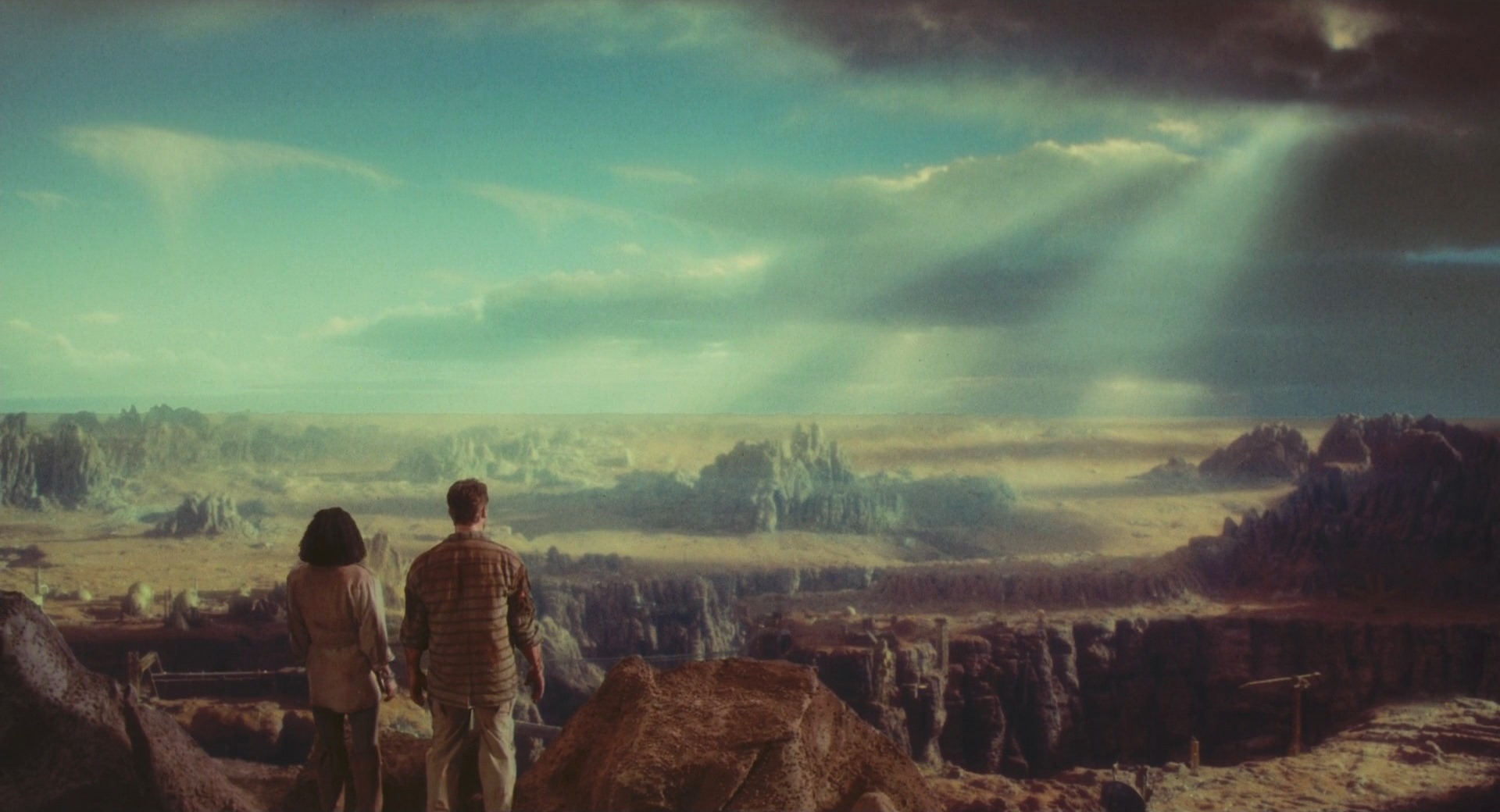 The Romance of the Colony

I wrote a narrative for Mask Magazine about the persistent imperialist romance myth of “the colony” in sci-fi. It’s a story about the dreams of The Colony’s extension into outerspace/surveillance state as seen thru lens of Hollywood blockbusters and anime.

It’s spring, 2011. Your friend is at the gentrified anarchist coffee shop highlighting the shit out of a textbook page already crammed with notes in the margins. They look up, anticipating your approach. “What are you reading?” They show you the cover: The Cyborg Handbook from ‘95. Your friend passes it over, it’s opened to an article called “Cyborgs and Space.” It’s a reprint from a 1960-edition of the journal Astronautics and it’s famous for coining the word “cyborg.” 1960 is two years fresh from NASA’s 1958 Space-Race era foundation, your friend says. The article calls for the development of astronauts whose bodies are chemically and bio-mechanically optimized for space travel so that they don’t need sophisticated external equipment. Like a fish that adapts to leave the ocean and breath on land, your friend says. “And all these military and government people fucking loved it until the dudes’ follow-up paper was like, yo, how are these cyborgs gonna be like mentally stable in space though?” The social-sexual needs of a person isolated in outer space seems like a legit concern to you – you’re like, I feel mad isolated right now from my own social-sexual needs – and right there in the handbook’s reprint of the 1970 follow-up article on just that, it says the Astronautics journal refused to publish the jawn, even though they had asked the authors for a new piece in the first place. You suck your tongue loud and look at your friend. They make a side-eyeing face back that completes your shared meme expressing psychic exhaustion with white supremacy. You go order your coffee.

It is the early 1990s. A kid’s stepdad comes home from the overnight shift one morning with a shrimp platter and a brand new Schwarzenegger VHS trilogy boxset. They’re going to have a great Saturday afternoon in the apartment. Snap the plastic. Handle the cardboard. One movie is called Red Heat (1988), about a Moscow detective and a Chicago cop joining forces. Another movie is called The Running Man (1987), about a live reality deathgame show that threatens to kill its wrongfully imprisoned working class heroes, one of which is a cop who refused to murder people. The third movie is called Total Recall (1990). The kid’s stepdad has a thing for outer space and so does the kid. They’re gonna start with this one. The movie is about a mutant underclass that lives in dust-crusted holdouts on Mars, dependent on breathable air rations that are entirely controlled by a single corporation, which also suppresses the ancient, indigenous technology that can provide planet-wide free-flowing air. It ends with the resistance destroying the corporation, the death of the CEO, and the planet’s pre-colonization technology fired back up. All power to the people.

“I’m not into politics. I’m into survival.”

This is what a rogue cop says when the two guys he broke out of jail with invite him to join their militant resistance group. Before they part ways the rogue cop tells the resistance dudes to “stop trying to teach the Constitution to the street punks” and to “stay out of the national database.” This is The Running Man from thirty years ago: